Ultimate marvel and as it was called later ultimate comics can be quite a vitriolic subject amongst fans, some love it and some hate it this will be the first post of a series, starting with The Ultimates let’s meet them. 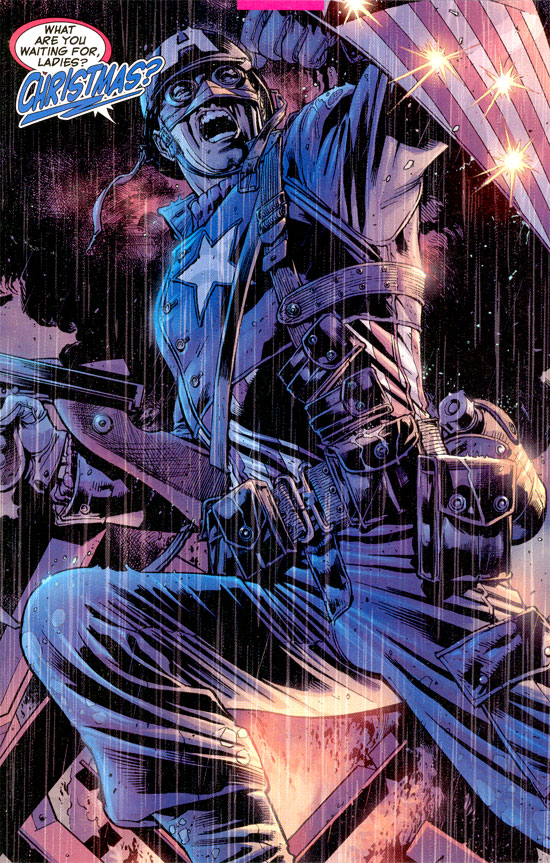 I think this has to do with the flavour of the characters, our true blue Captain America doesn’t just have the back story of being from WW2 he actually feels that way
this captain will happily use a gun as well as a shield, he is a soldier after all everything from his look to his vocabulary is a patriot born and raised in 1940’s brooklyn even his less than politically correct views of France (too any French readers I don’t hold the same opinions as used by Cap but i’m glad they were used simply for authenticity) 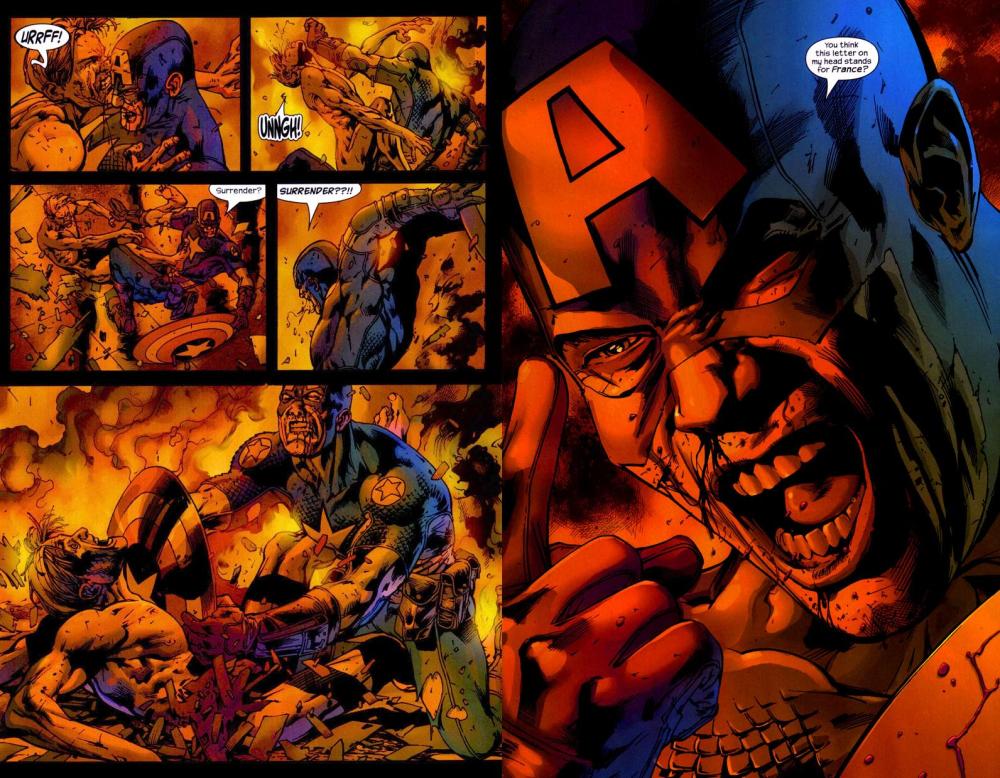 and the same care for character was taken with everyone Tony Stark is quite often seen drinking but rarely does he slide over into full on intoxication (when questioned on whether he should drink so much before suiting up he replies “of course I do, who would climb into it sober” a hint I believe to the panic he feels at these super-powered fist fights) despite the iron man armour he feels that he’s just a normal guy (albeit genius billionaire) in a suit as evidenced during a fight with the hulk when he  wants  to leave as he feels he can’t do it (an ordinary soldier asks him if not him then who which gives him the courage to get back in there). 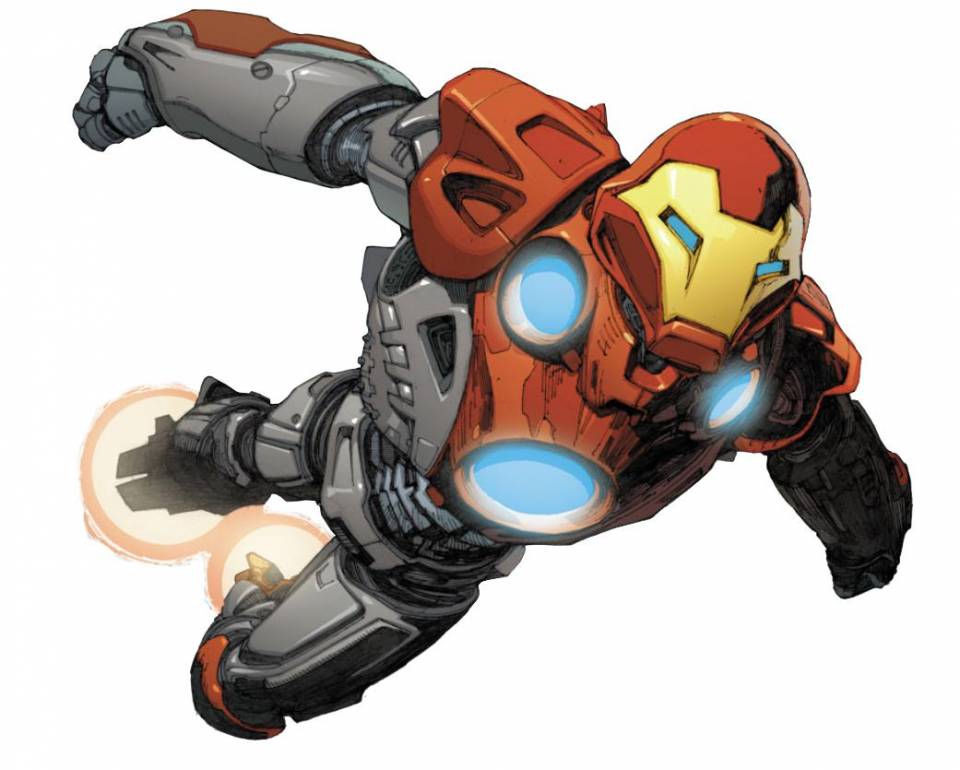 Janet and Hank Pym appear to be a wonderful couple at first but it becomes apparent that not all is well in the Pym household giant man and Antman were designed by Hank from studying Janet (SPOILER ALERT: Janet is a Mutant) Hank also has a series of problems including painkiller addiction, jealousy and most heinous of all a history of domestic abuse (Betty Ross knew Janet from college and mentions that even back then he would strike out at her) as for Janet she would apparently make excuses for his behaviour (even after according to Betty, Hank hit her so hard he cracked the roof of her mouth)
despite the appalling nature of these events I’m glad the people at Marvel didn’t shy away from them, it makes the characters more interesting to me to see these larger than life costumed adventurers so human. 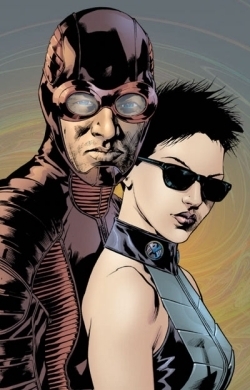 Thor is an interesting one the official story according to S.H.I.E.L.D. is that Thor is a nurse who had a mental breakdown and started hallucinating.
Thor states that he has always known who he is, but it wasn’t till his so-called breakdown that everything became clear that he is Thor son of the Allfather Odin, sent by Odin to protect the world and humanity from collapsing in on itself, which he attempts to do by staging peaceful protests and speaking out against the governments and corporations he believes are going to be the cause of great disaster
Though he believes in peaceful protest if he and his followers are attacked that’s when his trusty hammer Mjolnir is brought into the fight 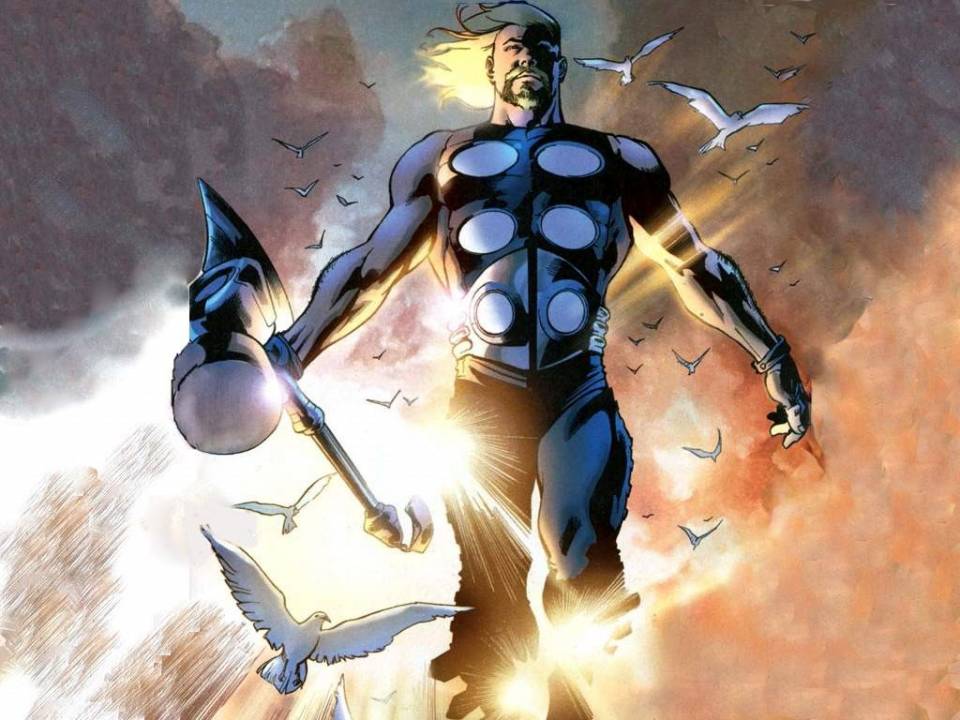 Hawkeye and Black Widow are, besides Iron Man, the most human on the team although it does state that they were augmented it doesn’t go into how. (though hawkeye does state his vision was enhanced)
Natasha is charming and often playfully flirts or gently mocks the other members of the team in true spy fashion I believe this is her way of building a sense of camaraderie while keeping her true thoughts to herself
Hawkeye is probably the most well-adjusted member of the team while it doesn’t often touch upon his home life we do learn that he has a wife and kids, who he calls before every mission just in case he doesn’t come back
In the field hawkeye is a true professional, knowing when to follow orders and when to show initiative. 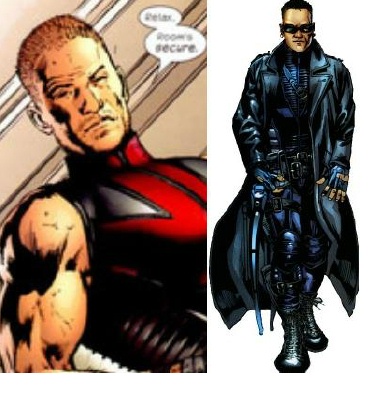 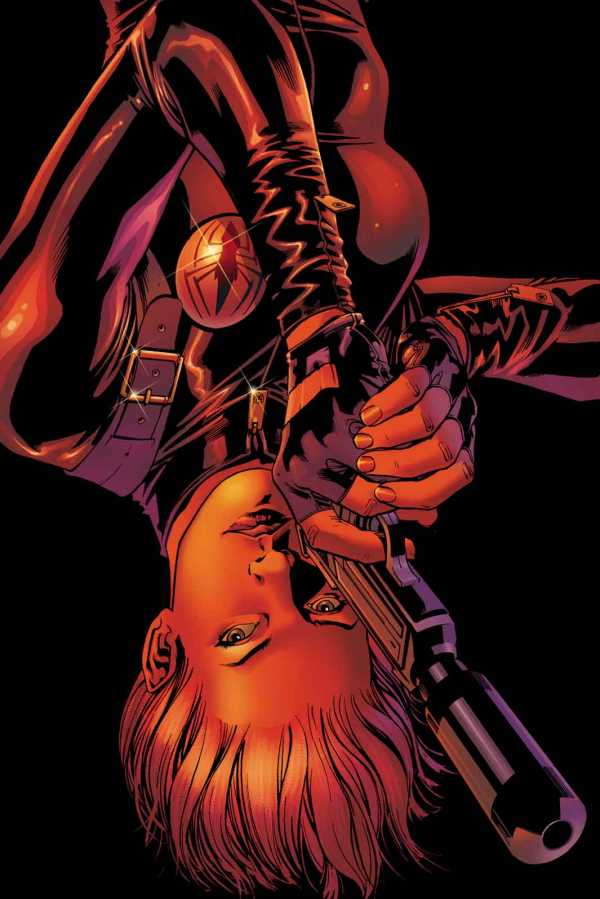 At the start of The Ultimates comics, Bruce Banner has already been the hulk and cured of the Hulk and heads up the supersoldier program for S.H.I.E.L.D.
often quite unkempt and quiet, he is very introverted and often on the outer edges of the team who are understandably quite wary of him due to past Hulk incidents, he often becomes the target for his wife’s anger when things go wrong and she is often seen belittling him.
using Cap’s Supersoldier Serum infused blood he mixes this with his Hulk formula and injects himself once again turning himself into the Hulk
before transforming the phones Betty telling her that he had done something stupid, that he had rationalised to himself that by becoming the Hulk again would give the team something to fight, though he confesses to her that he just missed being big Very different from the big lug we know from the standard comics (Earth 616) this Hulk is the extreme opposite of Banner.
He kills, devours tankers of beer, smashes at the slightest provocation (like Betty being on a date with Freddie Prinze Jr) and even enjoys the odd bit of canniblism
If he want’s something he just takes it (I for one am not arguing with this guy)

Well, I hope you have enjoyed my rambling on about the premiere superhero team on earth-1610 I’ll return with the other teams and lone heroes in future updates.